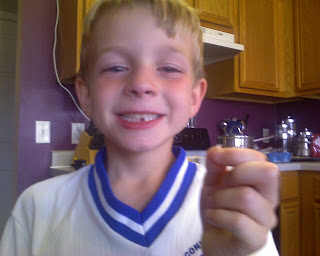 After a few tears and a little blood, Henry pulled his first tooth last Sunday evening, May 23rd. The tooth fairy came and left him a cool $10 bill. His theory is that the tooth was actually only worth $5, but because he was brave and pulled it himself, he got a $5 bonus. We'll go with that.
Congratulations, Henry! We are proud of you!

Posted by Allyce Ann Johnson at 8:24 AM 2 comments: 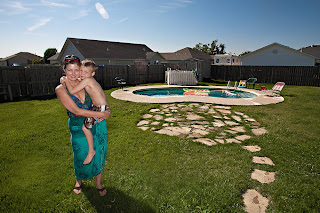 Henry and I are so ready for summer. My brother took this picture last summer when he was here to visit. I think it sums everything up perfectly. I'm ready for hot days, my swimming pool, ice cold lemonade, ice cream and fireworks. Bring it!! I am ready!!

What are your summer favs??
Posted by Allyce Ann Johnson at 4:10 PM 3 comments:

A Special Day, A Busy Month and a Big Fish

So, I'm a bad blogger. I have good intentions. I even said one time that I planned to blog once a week. HA. It's been almost 2 months, but let me say that they have been 2 very busy months!! I think contest season got the best of me this year. I took my 8th grade girls class to Choral Performance Assessment in Bentonville in March. They were the first group from KMS to ever go to this contest. They made straight first division on stage and in sight-reading. Not an easy thing to do!! The judges at these contests to do just hand out first divisions. They must be earned. My girls worked very hard and sang their hearts out! I am so proud.

In April I took about 65 7th and 8th graders to Solo and Ensemble contest at JBU and it was another amazing contest. Lots of first and second divisions. 2 of my ensembles made first division. One of those was a group of 7th and 8th grade boys who did a really cute arrangement of "This Ol' Man." They were so proud they made a 1 and are anxiously awaiting the arrival of their plaque!

Our final contest of the year was last Saturday in Branson. The Ozark Mountain Band, Choral and Orchestra Festival is held every year at College of the Ozarks in Hollister. It is a unique competition because after the group performs on stage, 2 of the judges actually work with the students. It's such a good experience for the students and we go every year. My 8th grade girls performed the same pieces they did at CPA and received straight first division again! After the contest, we spent the day at Silver Dollar City. I LOVE Silver Dollar City!! But the weather was less than ideal. It stormed off and on all day. But overall, it was ok. They students had a good time even though the weather didn't cooperate!
Whew! That's a little of what's been going on in my world the last couple of months. All that is left now are 2 spring concerts and a talent show. We are close to the end, but we're not there yet!!
And now on to the special day. Easter was amazing. Not only were we celebrating Christ's resurrection, Henry was baptized that morning by his daddy. On December 9th, Henry asked Jesus into his heart by himself after AWANAs. He told us about it the next morning. We have been talking with him about it to make sure it was the real deal and it was! He is so sure about it. We had been talking with him about baptism and on Easter Sunday morning, he was baptized with 12 other children and youth!! It was incredible. 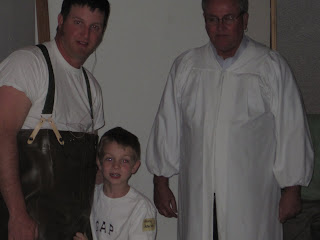 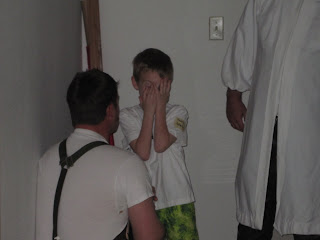 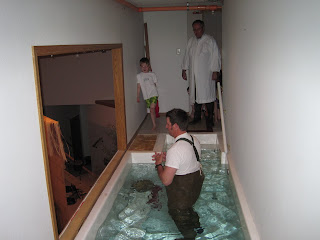 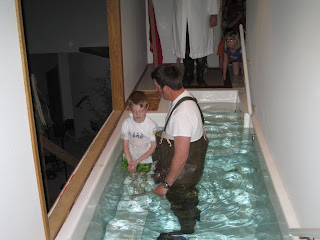 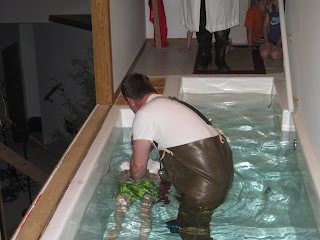 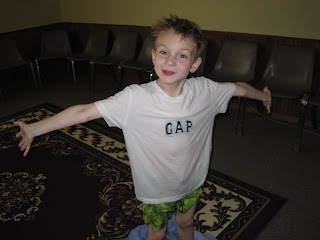 Henry's MeMe, Papaw, Grama, Papa, aunts, uncles and all his cousins were here for his special day. Everyone stayed for lunch in the youth building! 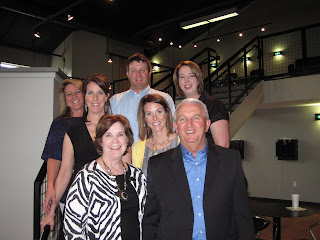 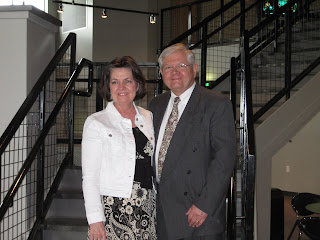 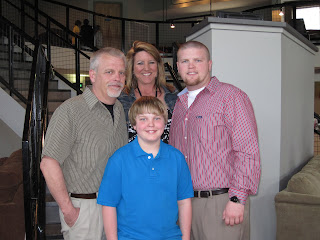 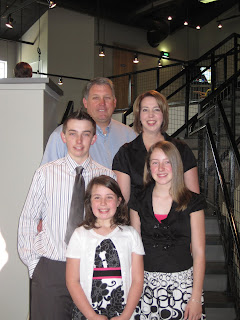 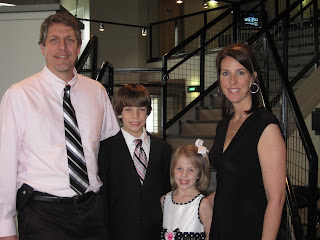 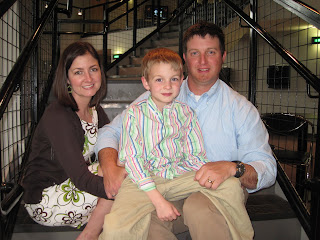 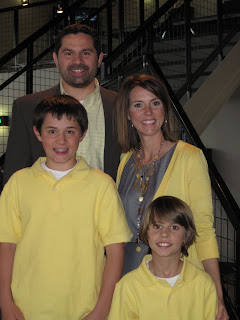 And last, the big fish. Last Friday Scottie fished at Lake Atkins and caught the biggest bass he's ever caught! He brought it home to show and it lived for a couple of days in the pool before being set free. Now that's a big fish! 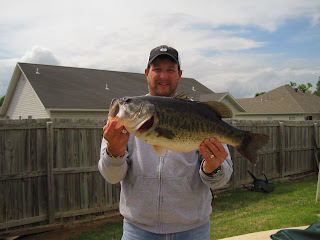 I really hope to do better with blogging in the future! Thanks for reading!
Posted by Allyce Ann Johnson at 4:54 PM 2 comments: