Henry turned 7 on October 2nd. Hard to believe!! On his birthday, Scottie and I took lunch to him at school and ate with him. After school I took him to see "Cloudy with a Chance of Meatballs" and we made some final birthday party preparations.

His party was on Saturday, October 3rd at the KidZone (our children's building). It was Indiana Jone's-themed with all boys (H's choice). No girls were allowed. He had to think about whether or not his mom and grandmothers could attend because we are girls. In the end, he said we could. :-) Here are some highlights: 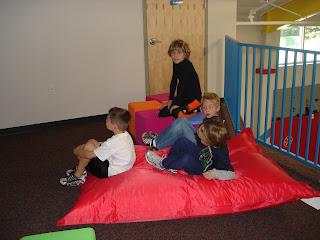 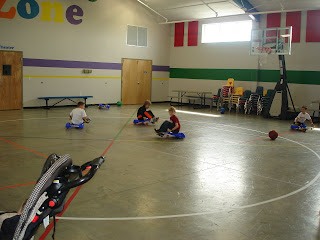 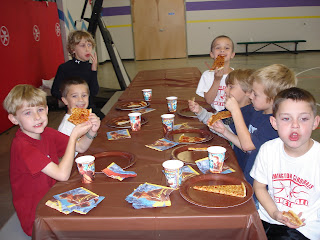 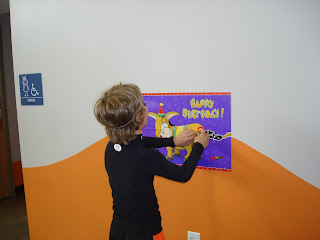 Henry wanted his guests to play Pin the Tail on the Donkey. 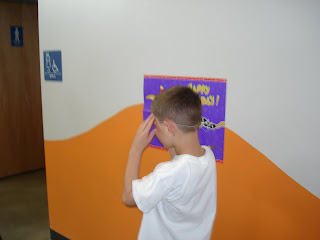 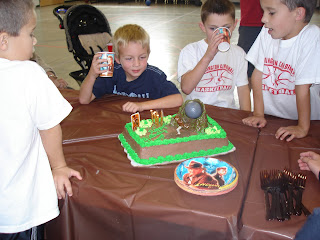 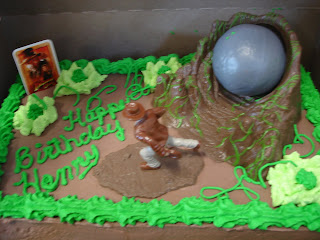 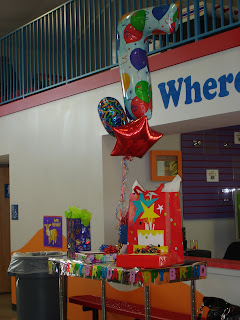 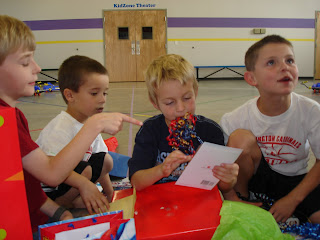 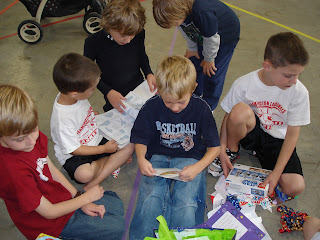 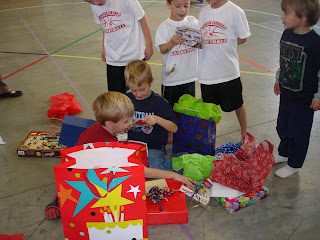 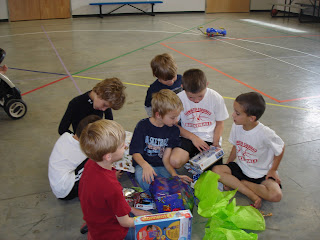 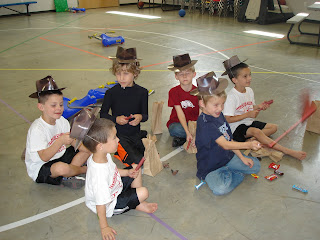 The party hats were Indiana Jones style fidoras! So cute. 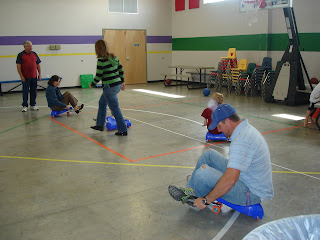 The Roller Racers looked so fun, the grown-ups wanted to try! 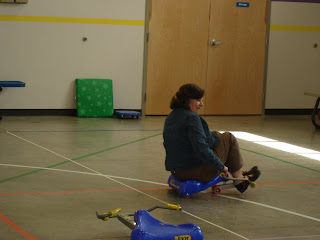 Even Grama got on the Roller Racer!

It was a fun day - the KidZone is the perfect place to have a party. The kids really entertain themselves. I found some really great Indiana Jones game ideas on the internet, but Henry wanted none of it. I guess he knew there would be plenty for them to do!!

Henry had his first buddy over to spend the night last Friday. Taylor came home with us after school and he and Henry had a blast! They rode H's 4-wheeler, watched a movie, played DS's and chased the cat, just to name a few things! We were tickled to have Taylor as our guest and can't wait for him to come back again!! 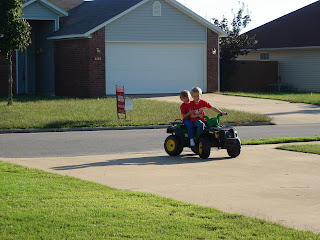 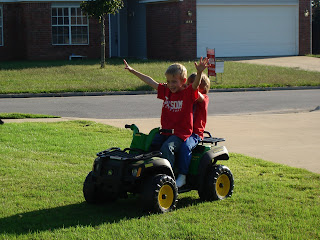 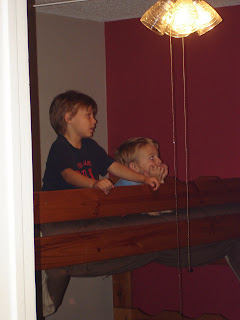 My Aunt Sibil (mom's sister) and Uncle Ed from Connecticuit were in Northwest Arkansas to visit my parents and grandparents for the last two weeks. Saturday night, Scottie, Henry and I met them at Catfish Hole for dinner and then took them to our church for them to see the youth building. We had a great time visiting with them. 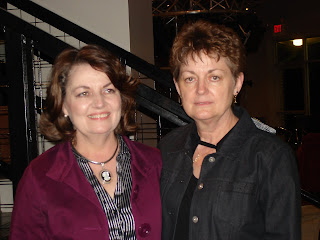 My mom and aunt. My aunt says she looks worse in pictures when she smiles, so she doesn't smile! She is funny. She is 3 years older than my mom. 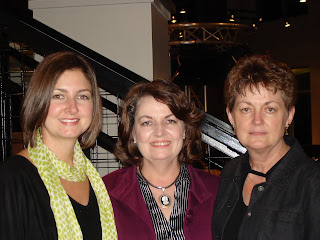 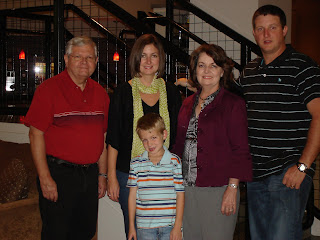 The fam!! I really like this picture of all of us. 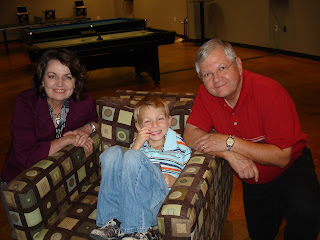 Henry with his Gramma and Papa. Henry turns 7 tomorrow - hardly seems possible. I will try to have birthday pics up in a timely fashion!!